Most millionaires have made their fortunes on their own, without inheritance or trust. Some habits helped them do this, in this article we are going to discuss a few important beneficial habits of millionaires. 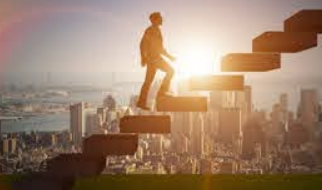 Most millionaires were not born rich but made it all themselves. A study found that about 80% of people with a fortune of $ 1 million or more earned it without the help of a trust fund and did not inherit it. As the classic Smith Barney said,

Also, their habits help them get rich: “Your habits determine whether you are rich or poor,” says Tom Corley, author of Rich People’s Everyday Habits. Corley studied the lives of millionaires for 12 years. According to him, many of them have the same daily habits and routines. So these are:

Self-made millionaires read a lot. According to Corley, these are the most important habits to adopt if you want to get rich. Corley found that 85% of millionaires read two or more books in a month. They choose books that help develop; that is, their topics can be careers, biographies of famous people, self-improvement, health, recent events, psychology, and leadership.

A COMPLETE GUIDE TO ONLINE EARNING

“Spend 30 minutes reading every day. It will help you stand out from the crowd as most people don’t read. “

They do what interests them

Often people work in a particular area due to stability, but wealthy people put their interests above all. They do only the stuff they like.

They find themselves a mentor

93% of millionaires who achieved their life goals, one of the reasons for their success was working with mentors. Choosing a mentor is one of the easiest ways to get rich. It allows you to be successful as quickly as possible.

Parents:Their input is significant. Parents are your first mentors. If they can instill in their children the correct daily habits, it will allow them to avoid future problems.

Teachers: They can enhance the positive effects of parenting or provide the support that the child lacks at home.

Career mentors: Choosing a mentor in your job that you respect and trust can be beneficial to your success. Such a mentor should be at least two steps higher than you on the career ladder.

Book mentors: The mentor does not have to be someone you know personally. At times, the best advice can be found in books, especially books about successful people.

You: This is the same “harsh school of life” when you learn from your own mistakes. “This is the most challenging path, as mistakes and failures can take a lot of your time and money. However, such an experience is most effective because the lessons from your own life and the accompanying vivid emotions are difficult to forget. “

They set goals for themselves based on their dreams

Before setting their goals, millionaires usually do what Corley calls “defining dreams” – they write down what their ideal life would look like and then make a list of what they dream about. Then, based on each of their dreams, they identify goals and objectives.

“Imagine dreams are the ladder, and goals are the rungs,” explains Corley. Can I do it? Do I have the necessary knowledge and skills?” Then get down to business. “

Goals are simply goals if two conditions are met: they are 100% feasible and involve physical action, Corley says. Millionaires break these goals down into physical activities and make to-do lists from them, and for many, it becomes a habit.

“Millionaires think of achieving success as a process,” Corley explains. Habits are useful because they allow you to save energy for other, more important, things. “

They provide themselves with multiple sources of income

Real millionaires don’t rely on just one source of income, Corley says. Instead, they create several such sources, with most of them having more than three. Sources of income include the rental of real estate, investments in securities, annuities,

Millionaires believe that lost money can be returned, but lost time cannot be returned.

“When we invest our time in something, the decision is irreversible,” Corley reminds us, “nevertheless, it seems to us that we have enough time, and we stop appreciating it.”