In the early 2000s, scientists investigated how the brain reacts to boring and meaningless work. They wanted to know where a person’s motivation is born, but he understood why it arises at all. 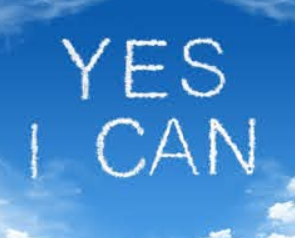 Scientists came to the following conclusion: motivation to do something appears when a person considers himself responsible for the result.

That is, you and I are motivated by a sense of control.

What does it do?

At least the understanding that motivation can be cultivated in oneself happens every time we make decisions on our own. And it doesn’t matter, good or bad. Once it becomes a habit to make a choice, there will be no problems with motivation.

WHY DO YOU NEED TO UNDERSTAND YOUR EMOTIONS

He learned how to motivate people with impaired brain function, how the habit of taking responsibility is nurtured in future US Marines, and how small riots prolong older people’s active life. Here’s what he recommends to do to train the habit of motivation, increase productivity, and get more pleasure from work.

Make decisions yourself as often as possible

Independent decisions form motivation. Thanks to 2 things: they convince us that life is in our hands and give our actions meaning. This is the conclusion researchers made when observing older people in nursing homes in the 1990s.

Scientists wanted to find out why some people feel great in such places, while others wither – they lose interest in life, suffer, get sick.

TIPS FOR AWAKENING YOUR SIXTH SENSE

As the study showed, the main difference between cheerful and lethargic tenants is that the former had a habit of speaking out and acting against the rules imposed on them: a rigid daily routine, a standard menu, and prohibitions. Researchers have dubbed these elderly “rebels”: almost every decision they made was a small rebellion against the status quo.

For example, one group of residents of a retirement home in Santa Fe began each meal with a critical review of plate maintenance and food exchange. They preferred to choose their dishes rather than eat what they gave personally. One person even reported that he often gave away cakes, although he loved them very much. He wanted to eat even the unloved food, but the one that he had chosen.

It is not so important whether to eat the cake or not; it is essential to refuse to eat “their” cake and prove that you are still at the helm.

Change the sequence of tasks throughout the day, reschedule things if you do not let others down, do the usual functions in a new way. For example, start the report with conclusions or graphs from the third chapter, not from the first, alternate your favorite and least favorite things in the order in which you want.

Even such non-fateful decisions raise motivation – after all, you are the boss here and decide everything.

Train your locus of control

In the 1950s, psychologists described and introduced the concept of a locus of control. The locus of control is internal and external. If the interior is developed, a person looks for success or failure in himself, if the exterior – in the circumstances.

Scientists have found that the internal locus of control is an acquired skill, not a given. It can be trained through training and feedback.

In 1998, scientists asked 128 fifth-graders to solve a series of puzzles. Each child was told that he did a great job. Half of the children were told, “You must have tried very hard.” And to the second half: “You are probably very smart.”

Children who were praised for intelligence and tuned in to think about external factors chose easier puzzles. Everyone’s motivation for diligence fell; everyone was not very happy.

Children who were praised for their efforts and thus encouraged to associate their success with their efforts chose challenging puzzles. They worked long and scored more points, and at the end said they had a great time.

Adults can train their inner locus. We can put ourselves in situations that will help us feel in control in practice. And we will be able to give ourselves feedback on the result – it works no worse than an external assessment.

Define your zone of influence and act in it

In every problem, there is something that we can influence and that, objectively, we cannot. You can fix the weather, but you can dress for the weather and not suffer.

Give yourself competent feedback after each success or failure. You can think, “I was lucky” or “they are all to blame,” or you can sit down and figure out why the plan worked precisely so that the next time it would be better. Planning, summing up the day, and the habit of recording your decisions – for example, through free writing – will help here.

Praise yourself for trying every time you do something difficult, no matter the result. If you overpowered yourself, went up to the projectile, and did the hard thing – you already pumped the muscle of motivation.

This is one of the practices of the US Marines Young Fighter Course. But in general, psychoanalysts and coaches of civilians love her very much. The author of the book explains that although a career in the Marine Corps is not the most financial and very risky, the corps boasts a high level of professional satisfaction.

Love for service is brought up in people even during preparation. The course of a young fighter primarily teaches you to make decisions on your own, take responsibility for yourself, and enjoy it.

To learn how to motivate ourselves and others, we need to perceive our decisions as an expression of control and affirm our values ​​in life. Therefore, the Marines ask each other questions that start with “Why” – this helps to connect specific, even small tasks with big goals.

Why are you doing it? Shouts one cadet to another, slipping in the mud as their platoon storm the hill after a day of the grueling march.

And this is a great answer, built into the values ​​of this particular person. The answer they trained throughout the course was as common as working with a rifle. This is how a person motivates himself, works in a team, manages others, focuses on how he sets goals and makes decisions, and works with information.

Practice. Be honest with yourself and accept your values. Try to start each morning not only by reviewing your daily plan but also by asking “Why?” for each item. This will help you ensure that your actions are leading you towards essential goals.

By combining all ideas, we can make the following conclusion:

Productivity is not the result of titanic effort and longer sitting at your desk. How do you like this idea? She responds well to us.

Scientists believe that productivity is based on the decisions we make. Or rather, the system and principles of making all decisions in general, built into a person or a business.