How Onecoin  As a Payment Method Update 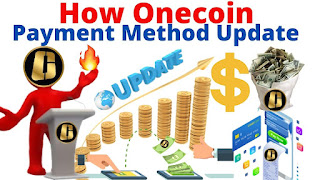 Onecoin Accepts As a Payment Method

So seems OneCoin accepts Bitcoin as a payment method. It’s not new that OneCoin investors know well that OneCoin’s fundamentals state how bad Bitcoin is.

Onecoin promoters all spread hate about how Bitcoin is corrupt, used by corrupt officials, and into illegal support of rebels, drugs, and Wars.https://traceinspiration.com/

Yes, OneCoin people will vividly tell you how it’s so unsafe to use Bitcoin for transactions and that’s why OneCoin centralized was created.

However, after 6 years of existence.

OneCoin has come to realize how important it is to initiate Bitcoin payment systems in its structures.

You can purchase OneCoin using bitcoins and also receive commissions in bitcoins.

Should we say that OneCoin is starting to like Bitcoin?

Yes focus, OneCoin has liked and referred to Bitcoin since day one. It’s the basis of its fame. Abuse Bitcoin and be talked about and attract attention.

Ruja Ignatova is said to own more than 230,000 bitcoins as seen with his conspiracies in 2015 with Dubai Mafias.

If she owned 230,000 BTC by then. As of today, she must be close to 1Million of it. It’s been over 4 years of her missing hence still accessing her OneCoin main bank account (Maybe)

OneCoin top leaders are making it so easy so that everyone can buy OneCoin, ohh sorry education packages using Bitcoins and everywhere in the world. And also be paid in BTC in commissions so he has a simple way to reinvest.

Bitcoin is the easiest way and for everybody to easily buy and sell.

So it’s easy to bring everyone on board.

OneCoin has been going down. so they are trying to become relevant again, and by attaching themselves to Bitcoin. It gives them some positive energy for being real maybe in the future.

By accepting Bitcoin they have been undermining. They are now accepting it because they are greedy and want to be rich in 2021 and the future.

** Be patient, Never give up, Great things take time!

In life, you might face different situations which may make you would feel like giving up. A mature and wise man would never do so!

Remember that nothing converts into a success right after the first attempt. Patience is something that is massively lacking today. Instead, it’s replaced with great expectations. People used to have little expectations and lots of patience, Nowadays the situation has seemingly been reversed where everyone appears to have little patience and lots of expectations. Patience gives the person who has its many advantages over those who do not have it. It gives them more profound insights into themselves and others.

If you only see the short term, if you only think in terms of the here and now, you are stuck in one place. Realize good things take time, we know it takes nine months to create a baby and therefore doesn’t rush this process, but we trust the process. We know how long it takes to boil the perfect dippy egg, and we don’t rush this process, but we trust the process. And when things do not happen right away,  just remember; it takes six months to build a Rolls Royce and ten hours to build an ordinary car!

After we were born, it took ten months before we learned how to walk. We took three years before we knew how to talk. Should our mothers have thrown us away the moment we were born, because we could not walk and talk when she delivered us? The same applies to our OnOneCoine Ecosystem, which needs time, it is just born. Don’t let the noise of some lunatic haters, and negative media destroy what we’ve built till today!

Do not become disheartened when something you set out to achieve doesn’t happen immediately. Good things take time, and when you have no reference point, you need to rely on faith, passion, and a commitment to completion. Success is not something that happens overnight, it takes time to achieve great things.  Don’t be in a hurry to see the fruits of your labor. Trust the process and the magic will happen.